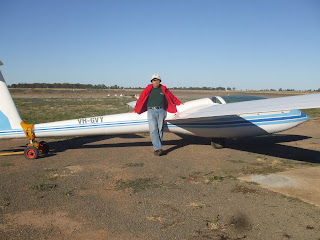 Farewell to Andrew (above) who had a fantastic flight in GVY today. Andrew was in the air for approximately 6 hours. We look forward to seeing Andrew in the near future. A glider pilot's work is never done!! Taka (above) and Shota, Zach and Hiro (below) all preparing gliders for the day ahead. 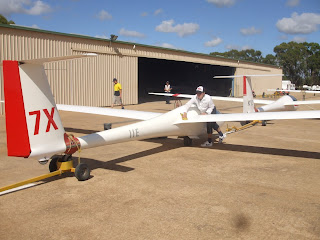 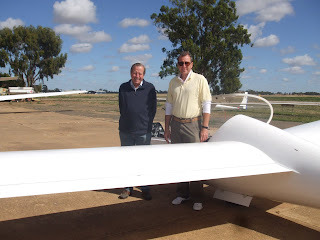 Welcome to Milan who has been flying with Ingo in the Janus today. Heading to Wagga Wagga and return Milan and Ingo flew 527kms - great effort!! 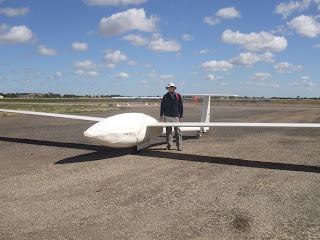 Michael (above) flew approximately 570kms in UE - another great effort!!
Taka chose a wonderful paddock to outland. Thanks Bill and Zach for the retrieve. Shota flew 208kms in IIE while Hiro has not long landed after a 355km flight in KYO.

Posted by SportAviation's Blog at 6:19 PM