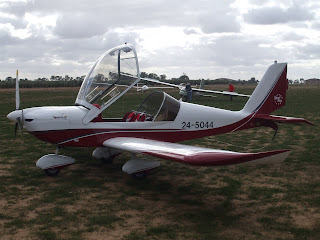 We had a busy day yesterday with 15 launches. 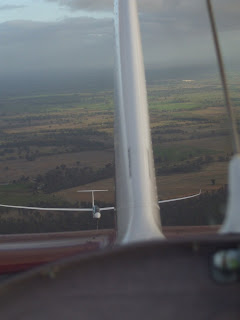 Bob's last tow for the week 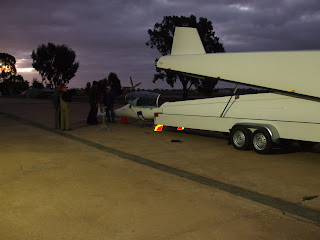 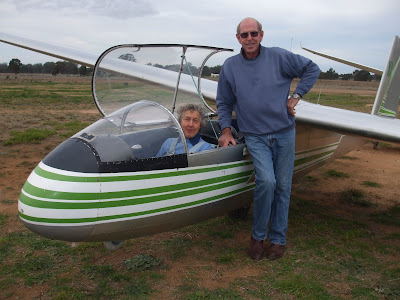 Don taking Estella from Melbourne for a scenic flight along the Murray river.
Posted by SportAviation's Blog at 6:33 PM

Bob Flies Solo in his Duo 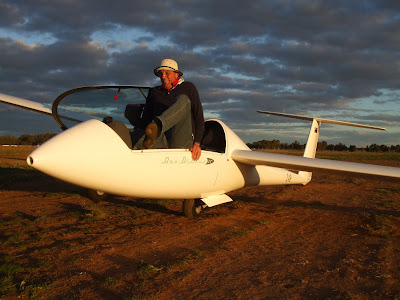 One small step for Bob but a great leap forward in his skill
Congratulations Bob on your first solo in the Duo and second solo in a glider
Early in the day Bob and Eddie did a quick out and return to Jerilderie to polish Bobs cross country knowledge
Posted by SportAviation's Blog at 9:18 PM 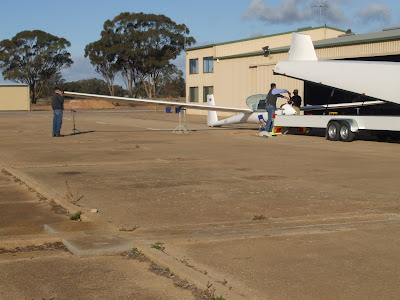 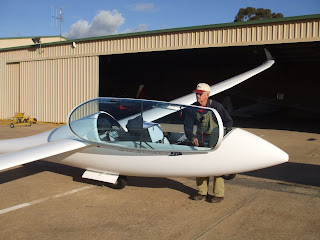 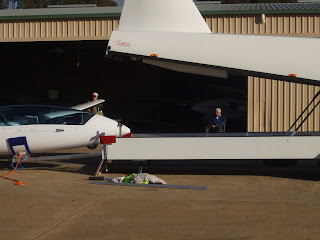 Bob from Sydney has come to SportAviation to learn to fly his new Duo Discus T.
After spending the morning rigging and testing with the help of Bill and Eddie.
Sportavia founder Bill Riley making sure all was done correctly

Posted by SportAviation's Blog at 8:44 PM 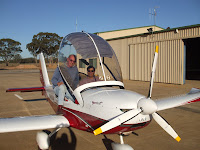 Great to see Vasant who arrived on Friday. He completed his Navs in the Sportstar with Don. 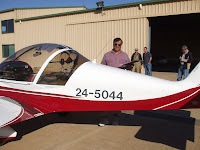 Glider pilot Steve also flew the Sportstar as well as the Jabiru. Steve accomplished his conversion to power in both. Congratulations Steve! 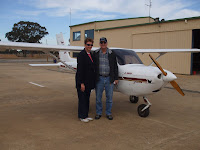 Marg and Bracy called in with grandson and budding pilot Lincoln. Yes they start young at SportAviation! Lincoln is pictured having fun in the puddles after recent (much needed) rain. 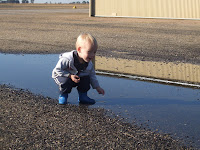 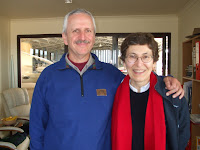 Richard & Nicole celebrated their eighth birthday of coming to Tocumwal.
Richard has been doing some training in the Maule. Another great Tug pilot in the making!
Laurel went flying in the Maule in the afternoon while Tim capped off the day with a few night circuits. 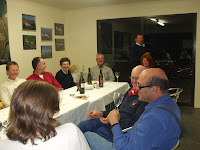 After gliding most of the afternoon Dave & Liz joined the party for Pizza night.
Great to have Pete and Ginny join us also.
Highlight of the evening was Dave (a man of many talents) using his hypnotic powers on Liz and Tim! You had to be there to believe it!! 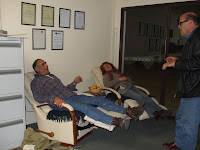 You are coming under my hypnotic power 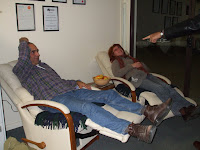 Tim, You will think you are a monkey 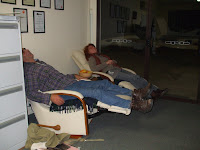 When I snap my fingers you will be sound asleep! 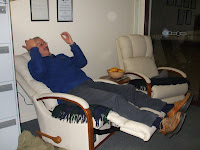 Of course Richard said No way!!
Posted by SportAviation's Blog at 5:10 PM 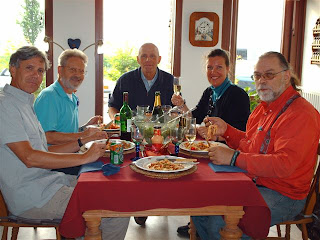 Ritzy sent us this photo with some of her guests at lunch in Holland !

Harry, Dundee Sape, Marianne & Peter.
All have been visitors to Tocumwal
Ritzy is the one takeing the photo!!
Posted by SportAviation's Blog at 12:56 PM

Marg and Bracey called in today with a delicious blueberry cake to mark our first anniversary at the new site. The past year has certainly been exciting! A big thankyou to all our customers, helpers and sponsors for your support during the year. 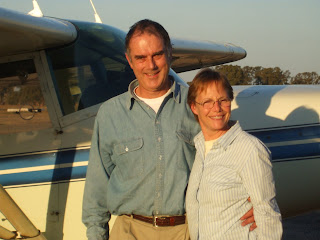 Marg and Bracey then topped off the afternoon with a flight in the Maule.
Posted by SportAviation's Blog at 5:13 PM