Terry trying out the new U-Hangar 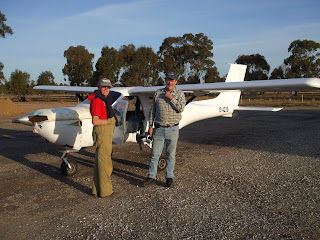 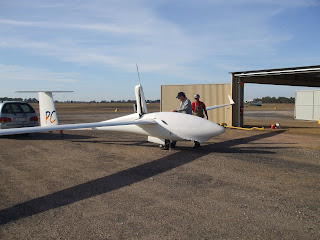 Terry flew in today in his home built Jabiru to test the new hangar for ease of access. It passed with flying colours! 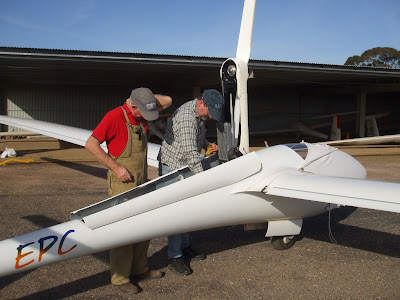 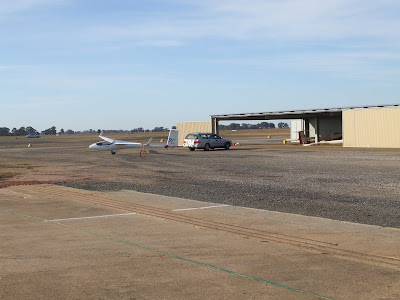 Another lovely Autumn day with temp. at 18 degrees. Dave had 2 long flights while Terry did find the engine and blew the cobwebs out of his self-launching glider with a local flight.

Posted by SportAviation's Blog at 5:44 PM 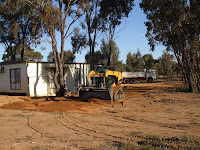 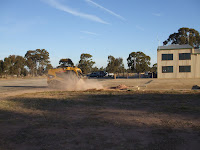 Posted by SportAviation's Blog at 5:29 PM

Burne sent us this link for the Condor flight last Month on YouTube
http://au.youtube.com/watch?v=_J-GNSx88-c
Posted by SportAviation's Blog at 9:20 AM 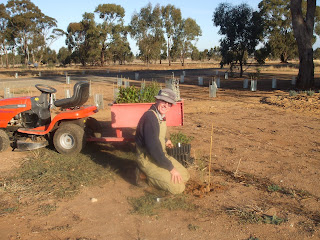 Great to see Tony, John & Phil fly in on Sunday in the Piper Saratoga. Tony and John (owners of IIE) and Phil (recent solo Jabiru pilot) called in for a chat and a cuppa on their way to Albury.
Eddie was busy planting trees - over 500 in fact!!
Posted by SportAviation's Blog at 4:59 PM 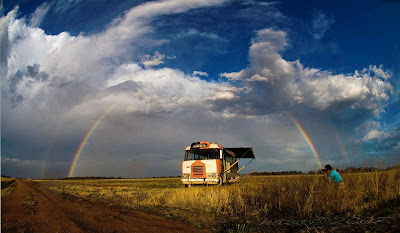 Hana sent this picture of the old bus taken at Xmas time
Posted by SportAviation's Blog at 10:01 AM 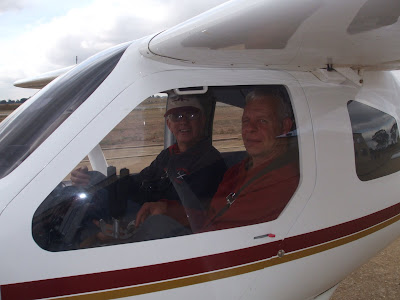 Pete from Melbourne had his first lessons in the Jabiru today. Wife Lyn had given him flying lessons for his birthday. Pete really enjoyed flying with Ed. He liked it so much he has decided to continue on and do the full course.
Posted by SportAviation's Blog at 3:19 PM 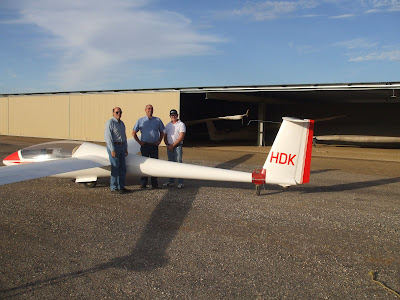 Great to see Geoff back in Toc after working in the top end of Australia as a commercial pilot. Geoff is pictured here with Alan and Dave who has just spent the day flying.
Posted by SportAviation's Blog at 5:19 PM 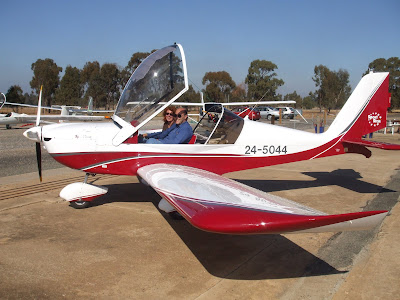 Dave and Liz headed off to Deniliquin in the Sportstar for a cup of tea.
Eddie's youngest son Lachlan tried his hand at flying the Jabiru for the first time and reckons he will be back for more lessons.
Posted by SportAviation's Blog at 1:34 PM 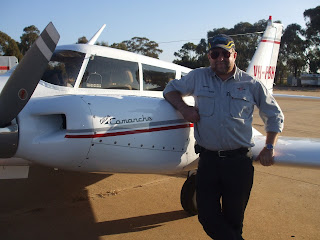 Graham who is a part owner of the DG 600 called in today with his new aircraft; Twin Comanche VH-PBH. She is almost as old as Graham, but much better looking! 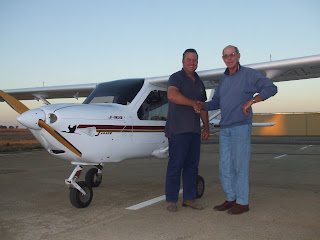 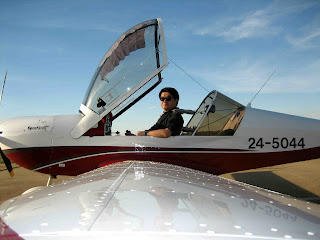 Hisashi from Japan was here in April to convert his gliding and power licences to an Australian Recreational licence. After conversion Hisashi spent a lot of flying time touring all the places he had flown over in a glider in previous years Check out all the places he visited on his website!

Posted by SportAviation's Blog at 5:01 PM 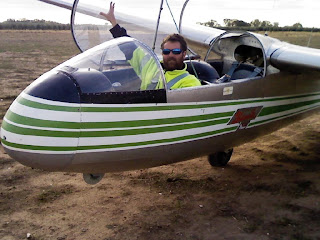 Peter started his glider flight training on the 18th of April. Congratulations Peter, from all at SportAviation.
Posted by SportAviation's Blog at 7:44 AM 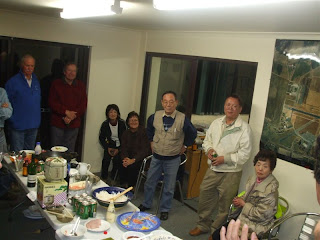 Well another great weekend. A busy time for both gliding and ultra lights!

A mixed bag weather wise, beautiful Friday and Saturday and a bit of cloud and welcome rain on Sunday. The good days had glorious cumulus clouds and thermals up to 6000'.

During the previous week Eddie had put new tyres on his car but it obviously didn't like the pampering because this week the engine blew up! Fortunately Terry arrived in the Sonnerex and he and Laurel flew back to Shepparton where Laurel drove Terry's car back for Eddie to borrow. A big thank you to both of them.

Eddie and Richard had the Blanik and IS28 out with budding glider pilots Helena and Malcolm. Malcolm has previous power flying experience and had a suprise weekend of flying for Helena. They both did several hours of flying and had great time.

Tim was towing in the Maule and Bob and Peter both had good flights of 2 hours or so.

The next day Richard took Nicole for a trip in the Sports Star. The weather started closing in so they arrived back earlier than anticipated.

Regular, Dave has combined both gliding and ultra-lighting recently. After soaring in his glider Dave then jumps in the Sports Star. " It's great to be able to do both in the one day" he says.

When the weather was not so good Tim, Laurel and Graham each took the Maule for a fly. There where smiles all round.

Peter and Ginny dropped in to see what was going on. Peter was looking enviously at the people going flying. I wonder what was going through his mind! It was good to see them around.

Tim and Laurel hosted an evening BBQ at which Tim cooked a chicken in the camp oven over a camp fire - Chicken, a drink or three, delicious!

It was great to see Neil, Glenda and Graham, Nicole and Richard, Bob and Peter. A very enjoyable time.

Thanks for coming everyone.
Posted by SportAviation's Blog at 2:54 PM 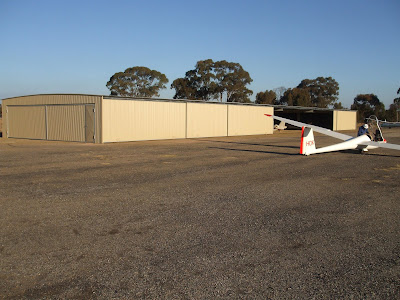 The good news for April is that the "U" hangar has been completed and is in use. It works very well and makes the business of getting aircraft in and out quick and easy. Well done to all involved in the construction.

The bad news... All spaces have been allocated and are already occupied! I don't think the paint had even dried! Contact Eddie or Cheryl if you would like to go on the waiting list.
Posted by SportAviation's Blog at 2:36 PM