Jake flying well in the EuroFox 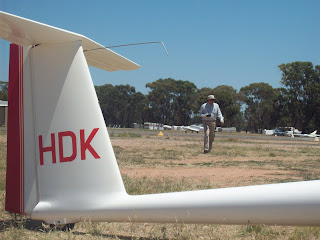 Dave (above) getting ready for a misssion to the heavens - cloud base 12,800 feet. 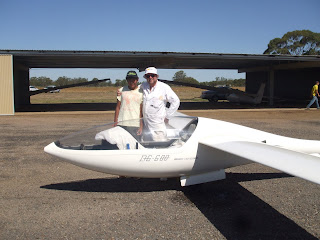 Graham and son Sean (above) both enjoyed their gliding in the DG 600 and Blanik respectively this afternoon. 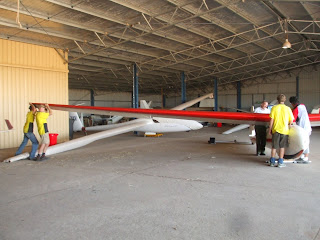 It takes a crew to de-rig the Olympia. Jake & Eddie hold the wing while Mike, Ken & Zach work the other end. An hour later the Olympia was in the trailer ready for the trip to Bordertown tomorrow. 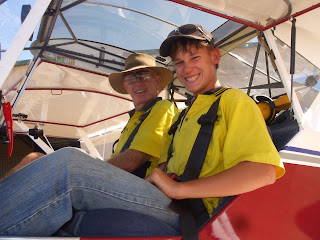 Jake (above) continued his training with Eddie in the EuroFox. He is flying really well - not long now until Jake's 15th birthday!!
Jari flew 600kms in JJ, while Wolli enjoyed flying in ES. Terry is on his way home from Mildura -100km out. Temperature at 1500hrs 43 degrees!!

Posted by SportAviation's Blog at 7:13 PM