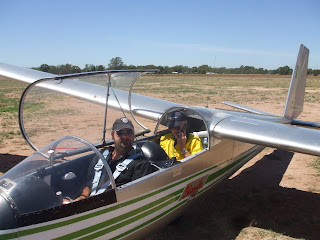 Rob (above) experienced gliding for the first time with Eddie in the Blanik this morning - What a great birthday present! 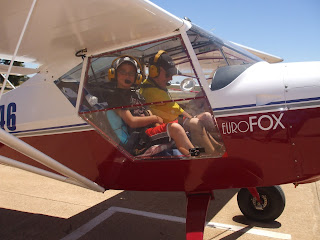 After flying in the Mooney with Tim, Louis then took to the skies with Eddie in the EuroFox. Another budding pilot!! Meanwhile.... Dad Johny & Tim had a good time in GVY. 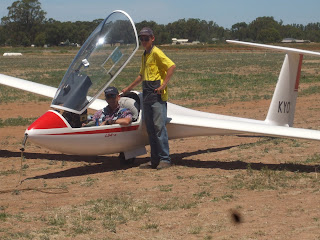 Stefan (above with Jake) flew 276kms this afternoon in KYO - great effort! 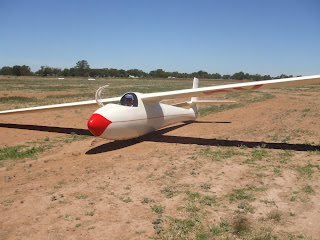 Ray (above) also made the most of the weather flying the Boomerang this afternoon. 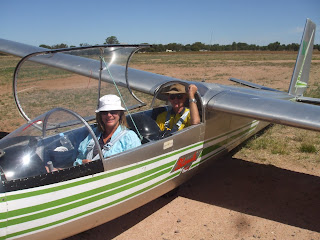 Laurel and Eddie went gliding in the Blanik.
Terry also took to the skies late this afternoon.
Temperature at 1500hrs 30 degrees.

Posted by SportAviation's Blog at 6:30 PM