Leif gets back into gliding 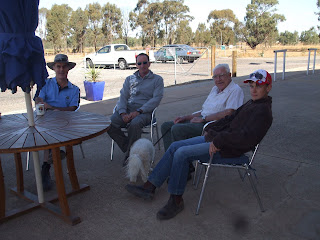 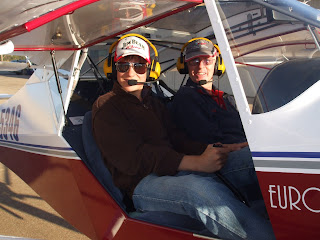 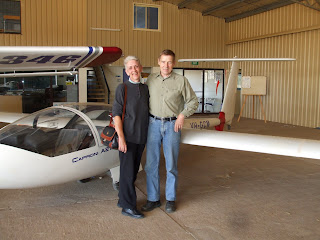 Lovely to see Bracey (top with Peter, Bill and Jake) who called in for morning tea. Also Michael, Rosalyn and Elise who dropped in for lunch on their way to Echuca. Maverick & Goose (middle -You work it out!!) had a good time in the EuroFox today. Peter, trying to keep his mind off the next big catch continued with gliding consolidation. Leif (above with wife Lotty) had a grin from ear to ear after gliding this afternoon with Eddie. It has been quite a few years since his last flight. Thanks to Ian and Jake for a great day!

Posted by SportAviation's Blog at 6:37 PM