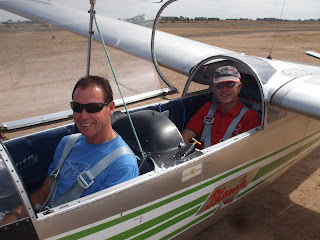 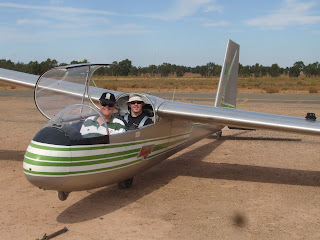 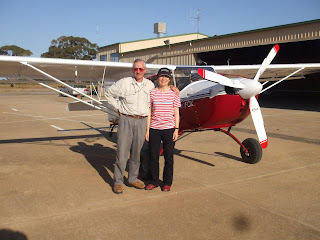 Great to see Terry, Barb & Millie who joined us for pizza under the brilliant moonlight last evening. Thanks Nicole for your terrific organisational skills once again. Late this morning Perry (top) had a great time with Eddie in the Blanik. He hopes to be back again in the near future. John introduced Bjorn from Canada (middle) to the delights of gliding early this afternoon. Vasant continued his gliding consolidation while David headed out in HDK. Meanwhile David's partner Liz took some time out relaxing in the recliner. Paul arrived in the Savannah and continued his RAA training. Thanks Tim, Laurel, Nicole, Richard and Jake for all your help. Happy Easter everyone!

Posted by SportAviation's Blog at 4:35 PM