Jack - pilot in the making 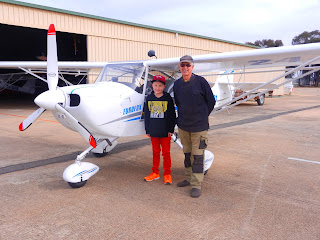 Looks like young Jack (above and below) with Eddie is another pilot in the making. Jack said his flight in the EuroFox was "awesome"! 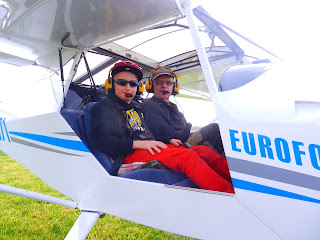 David (below) about to head out to the launch area with glider on tow. 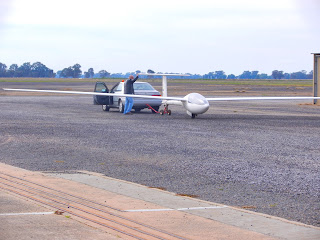 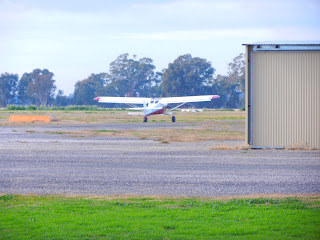 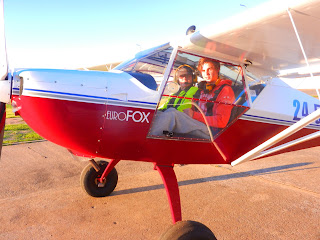 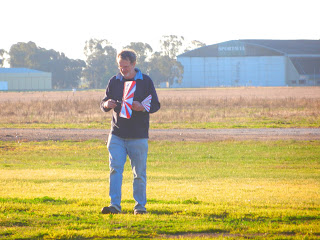 In the mean time Terry (above and below) is developing his skills with a model aircraft. Just needs a little bit more practise!! 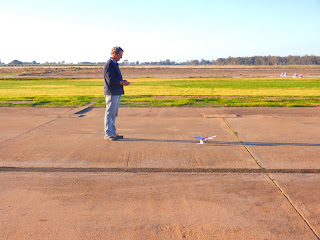 Posted by SportAviation's Blog at 12:02 PM