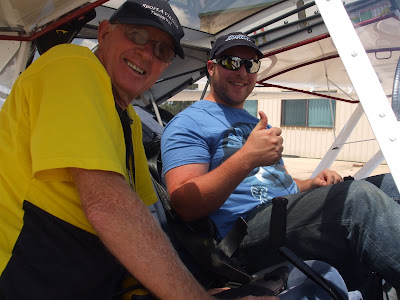 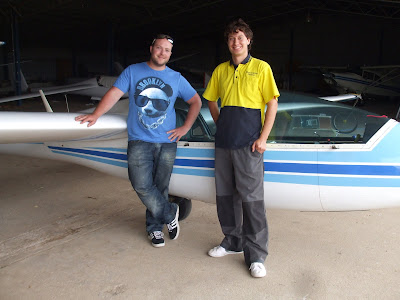 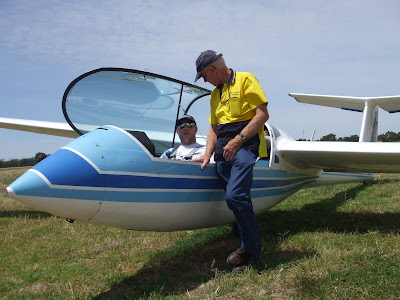 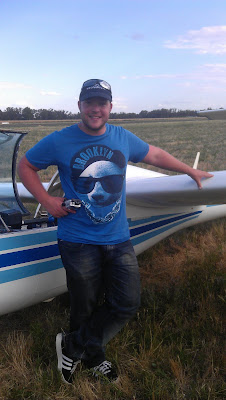 Evan (above) had a grin from ear to ear after going solo in GVY. Dad, Ray had an even bigger grin!! Congratulations Evan - Solo - Fantastic effort!! 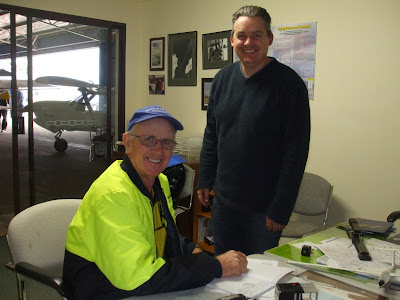 Great to see Michael (above) fly in for some gliding during the week
Posted by SportAviation's Blog at 4:42 PM